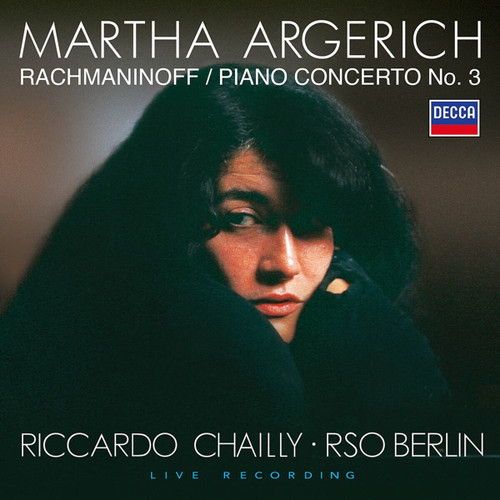 To describe both performances as 'live' is to deal in understatement, for rarely in her entire and extraordinary career has Argerich sounded more exhaustingly restless and quixotic, her mind and fingers flashing with reflexes merely dreamt of by other less phenomenally endowed pianists. Yet her Rachmaninov is full of surprises, her opening Allegro almost convivial until she meets directions such as più vivo or veloce, where the tigress in her shows her claws and the music is made to seethe and boil at a white-hot temperature. The cadenza rises to the sort of climax that will make all pianists' hearts beat faster and her first entry in the "Intermezzo" interrupts the orchestra's musing with the impatience of a hurricane. But throughout these pages it is almost as if she is searching for music that will allow her virtuosity its fullest scope. In the finale she finds it, accelerating out of the second movement with a sky-rocketing propulsion. Here the music races like wildfire, with a truly death-defying turn of speed at 7:20 and an explosive energy throughout that must have left audience, conductor and orchestra feeling as if hit by some seismic shock-wave. (Gramophone)