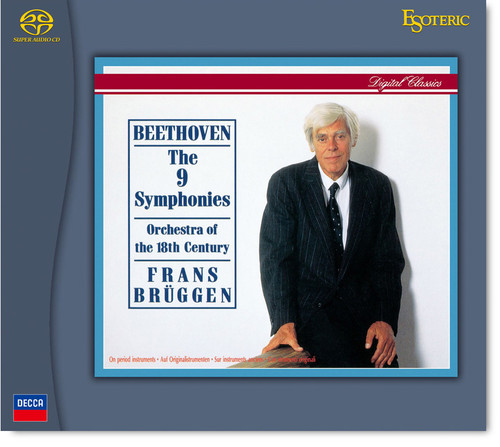 Orchestra of the 18th Century (on period instruments)

The reissue of classical music masterpieces by ESOTERIC has attracted a lot of attention, both for its uncompromising commitment to recreating the original master sound, and for using hybrid Super Audio CD (SACD) technology to deliver highest sound quality. This series marks the first hybrid SACD release of historical recording selections that have been main stays of the catalog since their initial release. These new audio versions feature ESOTERIC’s proprietary re-mastering process to achieve the highest level of sound quality.