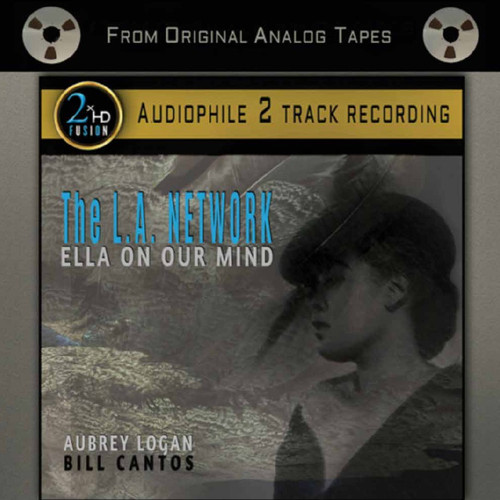 Ella On Our Mind is the second release by The L.A. Network from 2xHD Mastering and Resonance Records. As with the L.A. Network’s first release, this is a new Analog Jazz Recording.

It was recorded ‘off-the-floor’ in 2 Track Analog at 15 ips with no overdubs or edits. Using the purest audiophile analog techniques, this recording of Ella Fitzgerald’s favorites captures the dynamics of singer, composer, and trombone player Aubrey Logan and composer, pianist, and singer Bill Cantos plus friends from the L.A. Network’s outstanding pool of jazz musicians and singers.