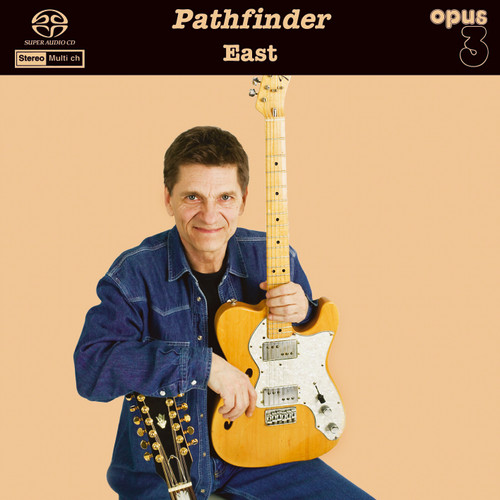 SKU:
SACD22061
UPC:
7392420220612
Availability:
Items on stock ships within 2 days. To order out of stock items, contact us on orders@sepeaaudio.com. We will update you on availability.
Shipping:
Calculated at Checkout
Format:
1x Hybrid SACD multi-channel
Genre:
Pop
Cat.#:
SACD22061

Quote from HiFi+, UK
- "A guitar is a guitar is a guitar? Wrong-o! Each instrument has its own sound and its own soul. Seventeen (!) different types of guitars in a studio, up to five guitars a track, 45 days of recording, mixing and mastering – and every single note is worth the time and effort!

Listen two, three times, and you will realize that Bert "East" Östlund is a superb musician who really works miracles.
A masterpiece!"

The breadth and range of styles, techniques and genre of Pathfinder makes it a unique guitar album in the sense that it cannot be labelled……..though  perhaps ‘the complete guitar album’ could be considered even though this was not the original aim.

Bert “East” Östlund’s musical journey takes us not only to Detroit and Nashville in the USA and Newcastle in England but also to Rio and Paris!

The music has all been composed and arranged by ‘East’ himself with music of outstanding quality and featuring his considerable collection of guitars both acoustic and electric and where the Telecaster and Strat play leading roles. 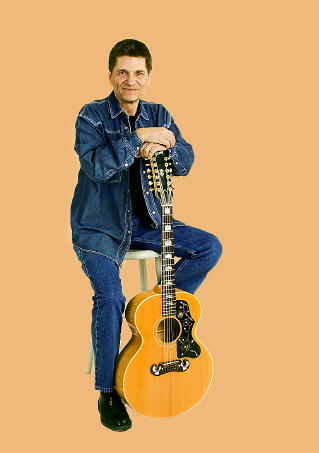 It was in 1960 on a Spanish guitar, borrowed from a neighbour, that the then 13-year old Bert “East” Östlund's interest in music was aroused.
From this time on the guitar has been an inseparable friend and played an increasingly important part in his life.
Four years later, in 1964, he received a telephone call inviting him to play with a wellknown pop group on a six-month tour of Finland.
This he accepted, though there was a problem. He had neither an electric guitar nor amplifier.

The bands manager, who had been given the task of solving the problem, awakened him in his hotel room, hung a Fender Stratocaster around his neck and put an amplifier at his bedside.

The musical journey had begun.

In the seventies he began writing and arranging music for many artists. He was much in demand and his music was played and in the charts worldwide.
In the eighties he formed the group “7:e himlen” (7th Heaven), which toured and released several records. He also released two solo LP's under the name Ensamma Vargen (Lone Wolf) on which he had written both text and music.

1990 saw Bert widening the scope of his activities by the building of his own recording studio in which he could function as musician, producer and sound-engineer.

Bert, under the name of East, released in 2003 the CD “Let the Guitar Flow” (RRCD110 Riverside Records). An instrumental CD of his own guitar based compositions, which was well received particularly by the English guitar press.
Bert is currently very much in demand as a guitarist, pianist and as in this production composer and arranger.

All songs composed and arranged by Bert Östlund