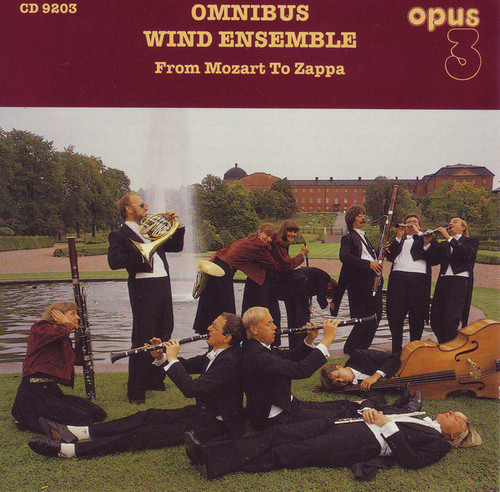 When Omnibus Wind Ensemble played the same programme as for this CD at the-Mid-West International Band & Orchestra Clinic in Chicago in 1990, "From Mozart to Zappa", they received a standing ovation from the audience of several thousand!

"The impeccably virtousic Omnibus Wind Ensemble demonstrates appealing eclecticism on their aptly titled disc. In sum this is a delightful package of well-played, enthusiastic music. The sound is also wonderful - here's an audiophile recording of exceptional transperancy and realism."
(Stereophile)