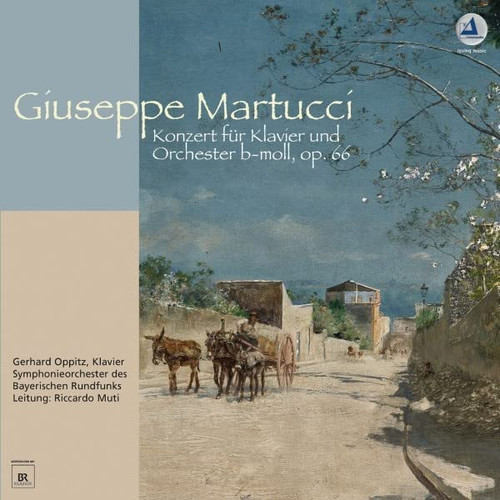 The concert took place in the Herkulessaal of the Munich Residence on the 25th March 2004.
Clearaudio is glad to produce a vinyl record of the concert with Gerhard Oppitz and the symphony orchestra of the Bayerischen Rundfunk in charge of Riccardo Muti because of the centenarian anniversary of death of Guiseppe Martucci. Hereby Ricardo Muti and one of the ten best orchestra of the world were excellent mates for Gerhard Oppitz.
The German pianist, Gerhard Oppitz, started playing the piano at 5. He gave his first public concert at the age of 11, performing Mozart’s D minor concerto where he was discovered by Paul Buck, professor at the Musikhochschule in Stuttgart. He studied with Buck until 1974 when he moved to Munich to attend Hugo Steurer’s master-class. In 1973, Gerhard Oppitz met Wilhelm Kempff who soon became his guide and mentor. Wilhelm Kempff invited the young pianist to attend his private master-class in Positano where he coached him in the sonatas and concertos of L.v. Beethoven. Wilhelm Kempff was impressed by the striking similarities in their interpretative outlooks. It was Wilhelm Kempff’s own wish that after his death, Gerhard Oppitz should continue the German musical tradition that linked them so closely.