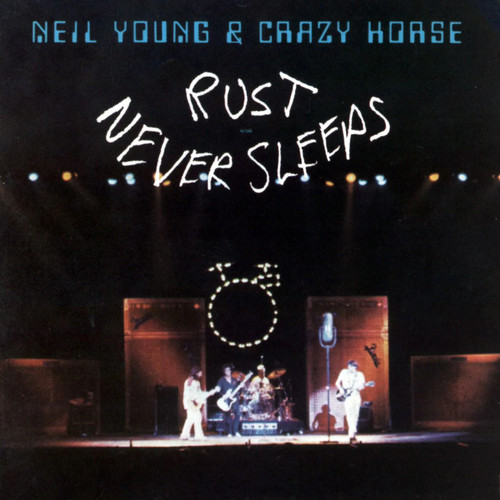 Released in 1979, Rust Never Sleeps was recorded live then overdubbed in the studio. The phrase, Rust Never Sleeps, was used by Young to instill a more progressive approach to his live performance during his tour with the group Crazy Horse.
The half acoustic and half electric album was mostly recorded live at San Francisco's Boarding House plus some performances during the Neil Young/Crazy Horse tour in 1978.