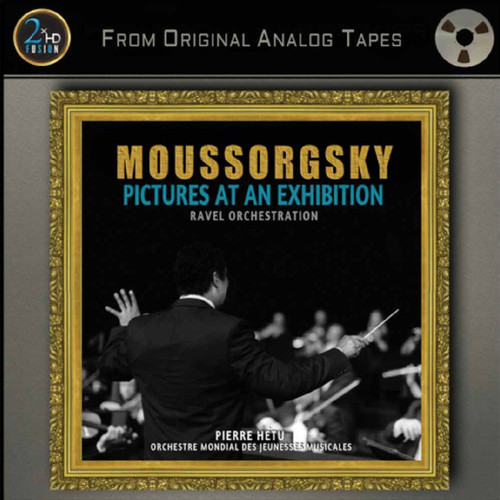 Moussorgky's stunning suite written in honour of a painter friend was inspired by a visit to an art exhibition. Each of the movements represents one of the drawings or artworks on display. The depth and timbre in the sound of this recording of the Ravel's orchestration was fully captured by the use of only two omnidirectional mics on 1/4" analog tape at 15 ips.