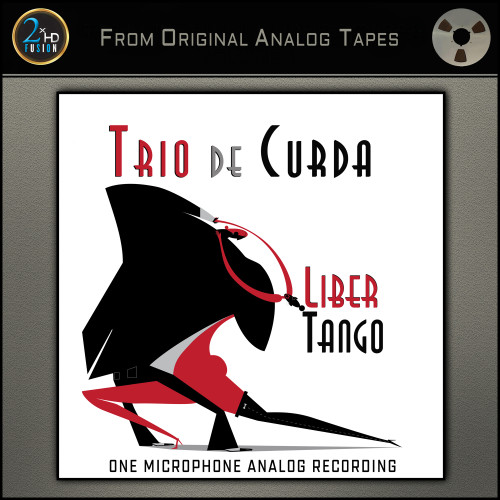 The wonderful Trio de Curda performs a program of Tango and Latin music, built around Astor Piazzolla’s monumental “Libertango”, which gives this album its name.

Recorded “off-the-floor” on 1/4″ Analog Tape on a Nagra IV-S Tape Recorder in CCIR eq curve, with no overdubs and no editing. This is a wonderful, spontaneous, direct recording by René Laflamme at L’Église St-Jean Baptiste in Montreal on October 28, 2019. Only one Neumann Stereo Tube Microphone (SM69) was used in the Pure Blumlein microphone technique.